On March 20, 1995, Patriot Engineering and Environmental opened its doors in Indianapolis with just three employees. In the past 27 years, Patriot has a lot to be thankful for: our wonderful clients, friends and most importantly, our hardworking team that has helped grow Patriot to 9 offices throughout multiple states. Here’s to celebrating our past 27 years and to a great future ahead!

While we celebrate the many accomplishments and milestones that Patriot has had over the last 27 years, we like to take a moment to look back on some of the other things that were going on during that time:

Michael Jordan returned to the NBA after a brief retirement. He rejoined the Chicago Bulls and played his first return game, losing against the Indiana Pacers (just one day before Patriot opened its doors!).

Windows 95 was released, and many were using (dial-up) internet in their homes

We were still watching VHS tapes (and hopefully remembering to rewind them before returning to the video store!)

Patriot Engineering and Environmental, Inc. (Patriot), is thrilled to welcome back Mr. David Servies, CHMM, CPESC to its highly trained and… 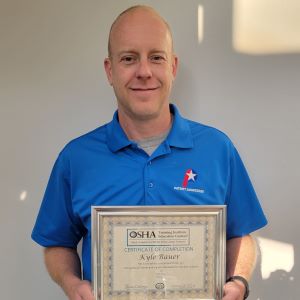