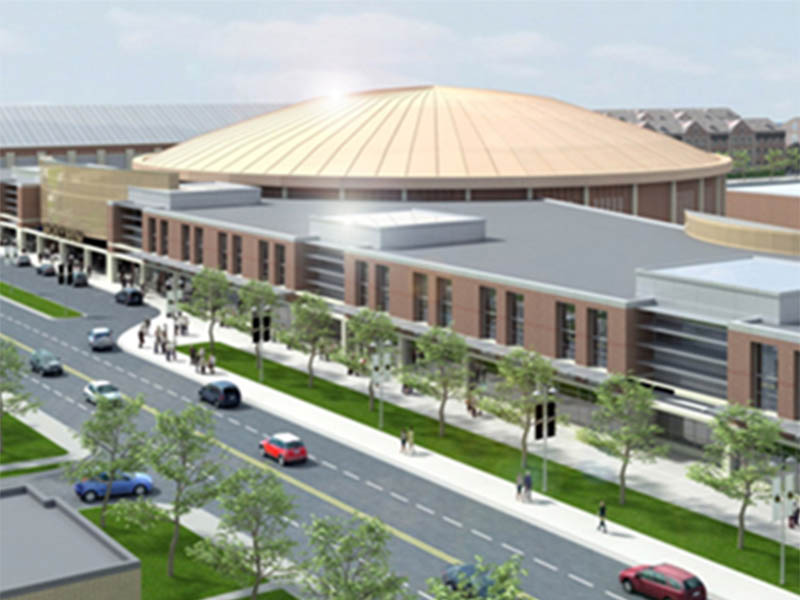 This 130,000 SF three-level structure is north of Mackey Arena and extends from the outer edges of Mackey along Northwestern Ave. This structure will has an oversized full basketball court and three breakout shooting areas. The strength and weight training facility is approximately four times larger than the previous Intercollegiate Athletic Facility weight room and also a sports medicine facility is approximately three and a half to four times larger than the previous area in Mackey. The structure utilized an auger cast pile foundation system. Patriot’s senior staff monitored and documented the installation of each pile placed on this project. Other areas of Patriot’s scope of services include concrete testing, soils, structural steel, and also the spray applied to fireproof material that is being placed on the structural steel.