In 2018, the City of Indianapolis and Marion County broke ground on a new Community Justice Campus. Their vision was bold and compassionate: A place where “community partners could come together to develop a modern, holistic, data-driven approach to the Indianapolis justice system.” 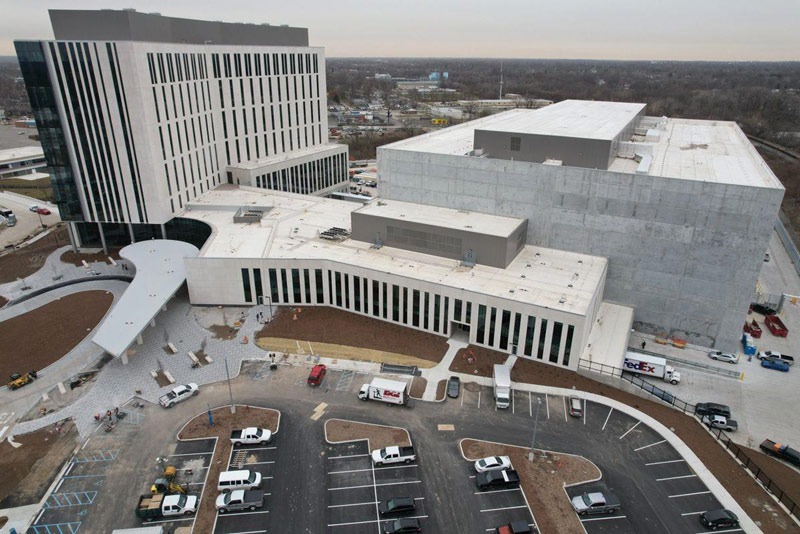 Patriot had the distinction of being part of the winning team selected to provide engineering and environmental services for the Adult Detention Center and Sheriff’s Office.

The bid specifications called for the design and implementation of a vapor mitigation system to address potential risks from residual levels of volatile organic compounds (VOC) in soil and groundwater.

Using their extensive experience in remedial and mitigation efforts at similar sites, Patriot developed a vapor mitigation approach based on the installation of a barrier system to prevent exposure. The approach was based on key characteristics of the area of interest including the location of construction, distance from groundwater impacts, and the absence of potential soil contact in the commercial setting.

Before the design could be approved, major changes in the scope were made by the City/County that affected the entire Campus. First, all areas requiring a vapor mitigation system were required to use the same strategy. Second, an active design was to be used regardless of area-specific characteristics. Third, the preferred design used active blowers to provide negative depressurization of all building sub-slabs.

A common contractor was also mandated between the two teams, creating new design challenges to the Patriot team.

Patriot’s years of experience designing, installing, and testing different types of vapor mitigation systems enabled them to adapt to the changing requirements and provide effective design and implementation of multiple systems. In addition, through each mandated contract and design change, Patriot continued to provide the needed professional services while staying within budgetary constraints and meeting regulatory requirements.